In February, days before the Russian invasion of Ukraine, the journalist Philip Crowther went viral for a series of dispatches from Kyiv. In a video he posted to Twitter, viewed more than 25m times, Crowther reported fluently in English, Luxembourgish, Spanish, Portuguese, French and German.

To anyone who has grown up in a largely monolingual country, Crowther’s polyglot abilities may seem impressive, even impossible. Despite there being several hundred languages spoken in Australia, 2021 census data showed that 77.3% of Australians only spoke English at home.

But in Luxembourg, where Crowther was educated, speaking at least four languages is common: those who are native to the country speak Luxembourgish at home, are educated in German and French from primary school onwards, and learn English in secondary school.

Speaking multiple languages is common in European countries, and at least half the world’s population is estimated to be bilingual.

“In order to be multilingual as a native speaker, you just have to be lucky,” says Prof Ghil’ad Zuckermann, the chair of linguistics and endangered languages at the University of Adelaide. Zuckermann is himself fluent in 13 languages and can read “maybe 50”.

For those who want to pick up a new language in 2023 or are disheartened by slow progress despite longstanding Duolingo streaks, are there tips from multilingual experts that can make learning easier – or is there something innate that gives polyglots an effortless advantage?

When it comes to language learning, linguistics research tells us that generally the earlier it happens the better. Children learn to speak languages with less detectable foreign accents, says Mark Antoniou, an associate professor at Western Sydney University.

Linguists distinguish multiple language acquisition as being either simultaneous (as is often the case in children) or sequential (as can occur if someone migrates later in life). “As you move away from simultaneous to … someone who acquires their second language in adolescence or early adulthood, or even in middle age, we tend to see the accentedness of their speech, the gaps in their knowledge and so forth, become larger,” Antoniou says.

Perceptual attunement, the ability to discriminate between sounds of one’s native language, begins in the first year of life. Research in infants has found that Japanese six-month-olds can distinguish between r and l sounds – as in rock and lock – but the ability to differentiate them is lost by around 11 months. “In Japanese, the r and l sounds don’t tell words apart, so it’s not important for you to know that distinction,” Antoniou says.

A study of Dutch adults who had been born in Korea but adopted to the Netherlands as infants, some at as young as three to five months old, showed that – although they had effectively forgotten the Korean they had heard decades earlier – they could distinguish unfamiliar Korean consonants significantly faster than others. “Early exposure to spoken language, even in the first half-year of life, leaves traces that can facilitate later relearning”, the researchers found.

There is also evidence to suggest that, depending on the languages, people who are bilingual are more adept at learning a third language compared with monolingual individuals.

If you don’t have the good fortune of being brought up bi- or multilingual, it’s never too late to learn, even if it means you might not sound like a native speaker. There are brain benefits, for one: studies have repeatedly found that people who are bilingual tend to be diagnosed with Alzheimer’s four to five years later than those who speak only one language. A review Antoniou conducted found “research strongly suggests that bilingual experience delays the onset of neurodegenerative disease”.

The most important factor for learning languages, Zuckermann says, is motivation: wanting to be able to speak Lithuanian to a partner’s parents, for example, or a philosopher wanting to read Nietzsche or Frege in the original German.

Another tip is to learn shamelessly. “You should not be afraid of making mistakes, otherwise you will not progress,” he says.

Zuckermann is one of a small group of people worldwide known as hyperpolyglots – those who can fluently speak upwards of 11 languages. He has published academic papers, his website lists, in “English, Israeli (reclaimed Hebrew), Italian, Yiddish, Spanish, German, Russian, Chinese, Japanese, Korean and Arabic”. Some hyperpolyglots have learned to speak foreign languages at seemingly native-level proficiency – which is how Zuckermann feels about his Italian, even though he learned it after puberty.

There are other useful language-learning traits that are less easily controllable – Zuckermann believes that musicality (he can remember arias from operas after having heard them once) and an outstanding memory are also necessary.

Are there biological features that make people innately better or worse than others at acquiring languages? The short answer, Antoniou says, is we don’t know. Hyperpolyglots are not well studied because of how rare their abilities are. But, he says, “there has to be some sort of brain difference in order to have such an affinity for learning languages”.

A postmortem analysis of the brain of Emil Krebs, a German polyglot who spoke more than 60 languages, found significant differences in the Broca’s area, a region of the brain key to language processing. Krebs, who died in 1930, reportedly learned Armenian in nine weeks.

All this might leave the average adult learner feeling slightly despondent. But Kevin Robb, a self-described “language enthusiast” in Bethania, Queensland, says there’s no great secret to learning one or many languages – that it all comes down to practice.

His approach has been to get his hands on the right materials, study for at least one hour every day “even if you don’t feel like it”, watch YouTube language videos and ask questions in online groups.

Robb doesn’t describe himself as a polyglot. “I’m really only fluent in English, Esperanto and Scots, and I can get through in Afrikaans,” he says.

“I also learned Māori, Tok Pisin … and Indonesian as I was curious about our neighbouring countries,” he adds.

Zuckermann says the older he gets, the less motivated he is to learn a language “for the sake of the gain”. What now drives him – what he describes as his ikigai, a Japanese concept akin to the French raison d’être – is work in the field of language revival.

Originally from Israel, Zuckermann is applying lessons learned from the revival of Hebrew – a language not spoken as a mother tongue for some 1,700 years – to the reclamation of Aboriginal languages and cultures. Since 2011 he has been working with the Barngarla community in South Australia to revive their language, whose last native speaker died in 1964.

Of more than 330 First Nations languages spoken pre-colonisation, Zuckermann estimates that 97% of them were “killed through linguicide”, or turned into what he describes as “sleeping beauties”.

Prof Rachel Nordlinger, the director of the research unit for Indigenous language at the University of Melbourne, says multilingualism among First Nations people was common prior to colonisation. “Multilingualism was valued and supported, and still is, in Indigenous culture and world views,” she says, noting that in some communities in northern Australia, a single conversation can take place in three to four languages.

Nordlinger criticises what she sees as a “mindset of monolingualism” in government and broader Australian culture, a view shared by many of the people interviewed. “Our school systems don’t really encourage the learning of other languages in any detailed way,” Nordlinger says.

When the minister for foreign affairs, Penny Wong, spoke to Indonesians in Indonesian in June, the address was widely covered. Much fanfare was also made about the multilingualism of Sam Lim when he was elected as a Labor MP in May.

Arguably, both politicians attracted attention because their language abilities were deemed unusual – but perhaps this is changing as Australia’s parliament becomes more diverse.

“No one denies that it’s important to be able to speak English if you’re going to have all the opportunities in Australia, but it doesn’t have to be at the expense of other languages,” Nordlinger says.

“We have all these people who come to Australia with all this other language knowledge, and we could value that and … support them or Indigenous people in maintaining their other languages as well.”

Sat Dec 31 , 2022
For the duration of any presented year, I examine a good deal – guides for work textbooks I’m examining guides I read on vacation publications I browse since they grab my notice books I read through because I really feel, for one purpose or yet another, that I want to, […] 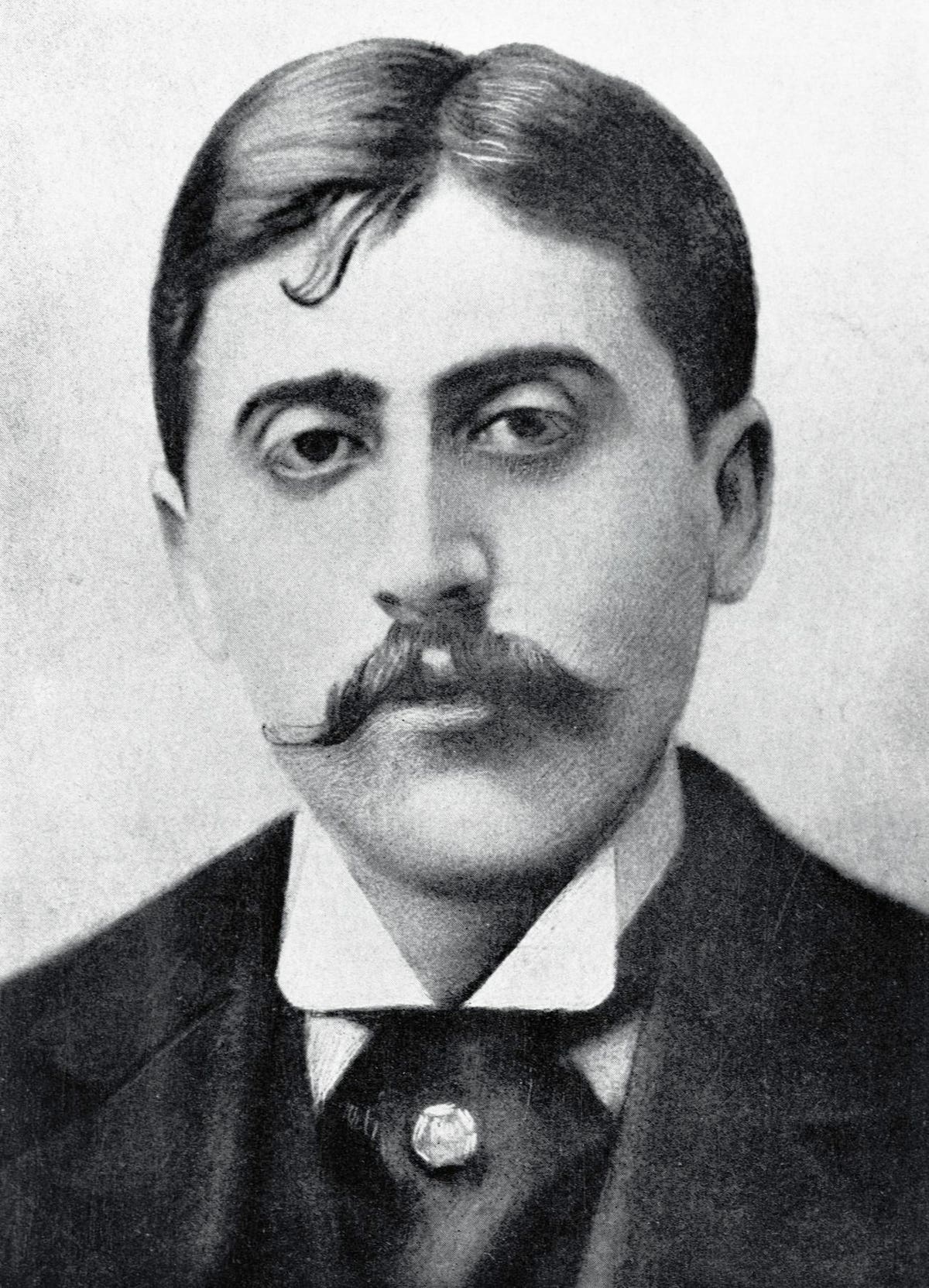