Deborah McGinn sets down her coffee mug and walks up to the three nursing students in Union College scrubs waiting in line at The Mill in College View.

She flashes a smile as bright as the August sun outside, then introduces herself.

“If you ever need help with writing essays, I’ll be across the street,” says McGinn.

Once a teacher, always a teacher.

It’s just that now McGinn isn’t standing in front of her classroom at Lincoln High School, where she’s spent the past nearly 40 years in the English Department. There, she left an unmatched legacy, say her former students and colleagues, founding the city’s first ever slam poetry team and running the school’s literary magazine.

But her new role — a writing consultant at Union College — will still allow McGinn to do what’s she always loved: helping students discover the joys of writing.

Born in O’Neill, McGinn spent her childhood in Lincoln, discovered a love of teaching by playing school with dolls and stuffed animals as students.

“It was a passion of hers,” her father, Jerry McGinn, said. “She just loves teaching.”

She always had a passion for writing and books, too, riding her bike to the spiffy new Gere Branch Library growing up.

“I read as many books as I could,” she said. “I did all those reading contests.”

But by the time she graduated from Pius X High School, McGinn wasn’t sure if teaching was the career for her. She originally planned on studying at Southeast Community College to be a dental assistant, and later advertising at the University of Nebraska-Lincoln.

“But that voice was just like, ‘What am I doing?’ I want to teach,” McGinn said.

So she changed career paths — teaching English it was — and when it came to picking a school to do her practicum, she told her professor she wanted the best student-teaching experience she could get.

Go to Lincoln High, the professor said. McGinn did, and she never looked back.

Part of the reason she stayed was the supportive administration, she says, from Sam Nelson to Mike Wortman to Mark Larson. Part of it was the diversity of the students.

“She just loved to be at Lincoln High,” her father said. “It just fit.”

Over the past 40 years, McGinn has left her footprint on central Lincoln’s high school, the city’s oldest, helping jumpstart the school’s International Baccalaureate program and running the literary magazine Scribe, even during the pandemic.

In 2011, she started a slam poetry team at Lincoln High, the first high school in Lincoln to have one. The team would go on to win three state championships.

All of it was on her own time.

“She wasn’t paid for Scribe. She wasn’t compensated for slam poetry,” said Shaunna Meyer, a former colleague in the social studies department. “She put enormous amounts of energy into it.”

As a student, Samantha Roblyer tried out for the slam poetry team her freshman year after taking McGinn’s honors English class.

Even though she struggled with a stutter, Roblyer said she was held to a higher expectation by McGinn in a way no other teacher had. Slam poetry eventually became an outlet to share her experiences with a speech impediment.

“It was incredibly affirming and to this day, I’m really grateful I was given that platform,” she said. “She was the reason we had it and the reason it kept going.”

McGinn’s classes were memorable, too, Roblyer said, especially one unit on “Romeo and Juliet.”

“She busted out a box of swords and crowns and masks and put on a parade pretty much for a solid week,” Roblyer said. “She was quite the gal.”

John Heineman was in the English department the same time as McGinn. He said McGinn’s creative writing class was “unmatched by anyone I’ve seen.”

“She always encouraged students to try new things and not be afraid of their voice,” said Heineman, who taught at Lincoln High for 32 years and retired last spring. “She built trust with them.”

Now, twice a week, McGinn makes the trip to Union College in her red Honda. It’s easy to spot with its S-C-R-I-B-E license plates.

In retirement, she’s found the perfect gig, she says.

The encore to a career of service to students.

“We have an expression at Lincoln High: Another Lincoln High job well done,” said Heineman. “She’s a classic example of that phrase.”

Get our local education coverage delivered directly to your inbox.

Wed Sep 14 , 2022
I’ve expended most of my expert occupation planning new teacher candidates and giving expert improvement for current teachers in search of new competencies, further certifications, and graduate levels. I have carried out this operate at the University of Virginia, wherever I accomplished my possess graduate instruction, at the University of […] 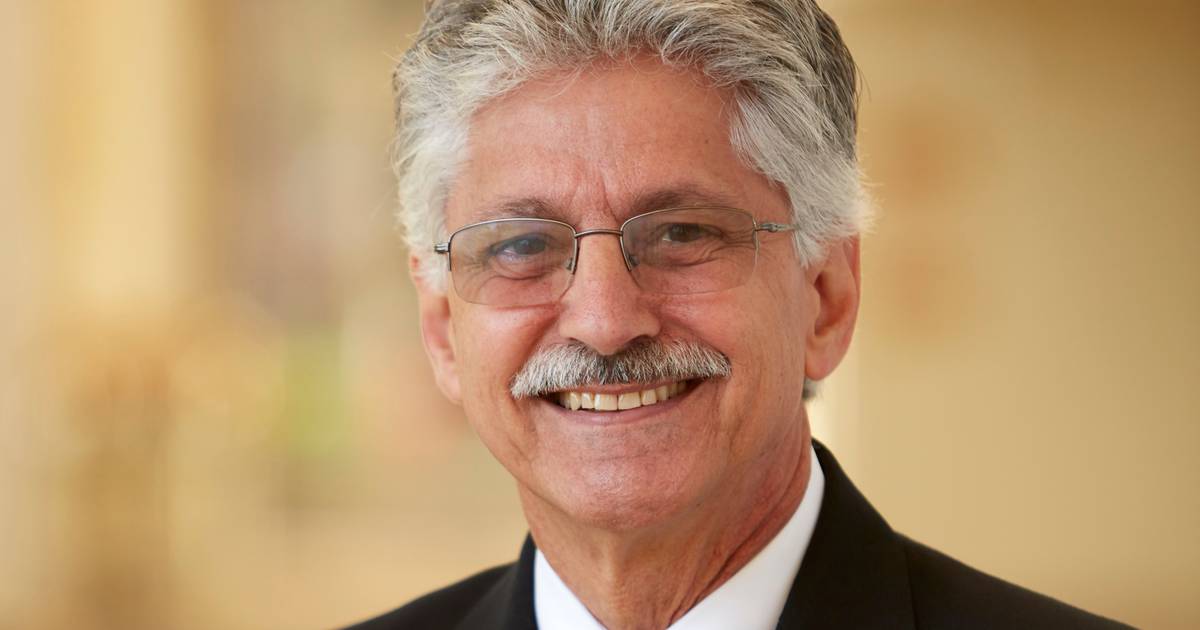