The number of graduates training to be teachers in England has slumped to “catastrophic” levels, with the government missing its own recruitment targets by more than 80% in key subjects such as physics.

The Department for Education’s initial teacher training figures show that just under 29,000 graduates have signed up this year, a 20% fall compared with 36,000 last year, and far below the 40,000 trainees registered during the pandemic in 2020-21.

But the figures are far worse for secondary school recruitment, where they are at just 59% of the DfE’s annual target, well below the 79% reached last year. It means the government has missed its own targets in nine of the past 10 years.

Geoff Barton, the general secretary of the Association of School and College Leaders, said the figures were “nothing short of catastrophic” because of acute shortages.

“A key cause of this crisis is the long-term erosion of teacher pay, which has fallen in real terms by a fifth since 2010, making it uncompetitive in the graduate marketplace,” Barton said. “This is compounded by the government’s underfunding of schools, which has driven up workload and made the profession less attractive.”

A DfE spokesperson said: “We understand that teacher recruitment is challenging, which is why we have taken action to raise the profile of this important and prestigious profession.

“For teacher trainees in 2023, bursaries worth up to £27,000 and scholarships worth up to £29,000 to in key subjects such as chemistry, computing, mathematics, and physics are available. We also remain committed to raising the starting salary for teachers to £30,000 next year.”

UK unemployment has recently fallen to just 3.5% – the lowest rate since 1974 – meaning that graduates in sought-after subjects have more attractive options, while the cost of living crisis means they may be less willing to spend another year as students.

James Zuccollo, of the Education Policy Institute, said: “It’s concerning that the overall attainment of graduates entering the profession is declining, with 75% holding a first-class or 2.1 degree this year, down from 78% last year, despite more graduates attaining these grades across the population.”

Thirteen out of 17 secondary subject areas missed their targets, with the biggest gaps in science and technology. Just 444 physics teachers signed up for training, equating to one for every eight state secondary schools in England. In computing, 348 graduates entered training, 30% of the government’s target of 1,145.

There was better news in maths, with the government reaching 90% of its target for trainee maths teachers. Primary school graduate trainees reached 93% of the DfE’s target, but this was well below last year’s 131% figure.

Thu Dec 1 , 2022
True (RECOVERYEDUCATION.COM) membership offers a extensive, proof-dependent course on how to most properly offer with material use, day-to-day entry to leading professionals in the restoration marketplace, a therapist-moderated neighborhood and fully vetted library to assistance educate and guide mom and dad on the proper next ways for their child’s very […] 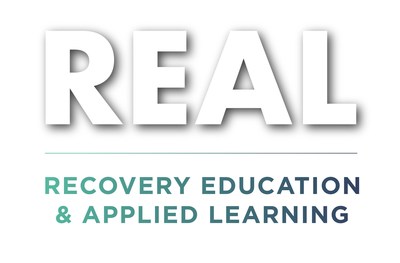